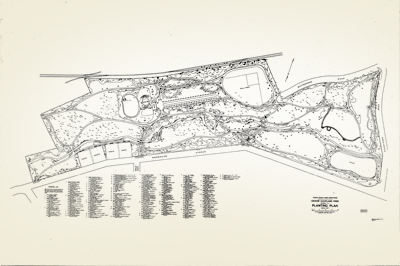 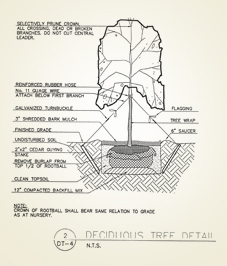 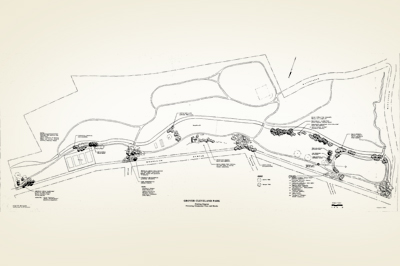 Grover Cleveland Park was planned as early as 1909 with many twists along the way. Although surveyed and planned in 1913 and 1914, it was not completed until after the end of World War I. It is located both in Caldwell on Brookside Avenue and in Essex Fells on Runnymede Road. At 41.48 acres, it is the 8th largest of the 22 parks in the Essex County Parks System.

It was designed by the landscape architectural firm founded by Frederick Law Olmsted – the designer of NY’s Central Park, and Prospect Park. 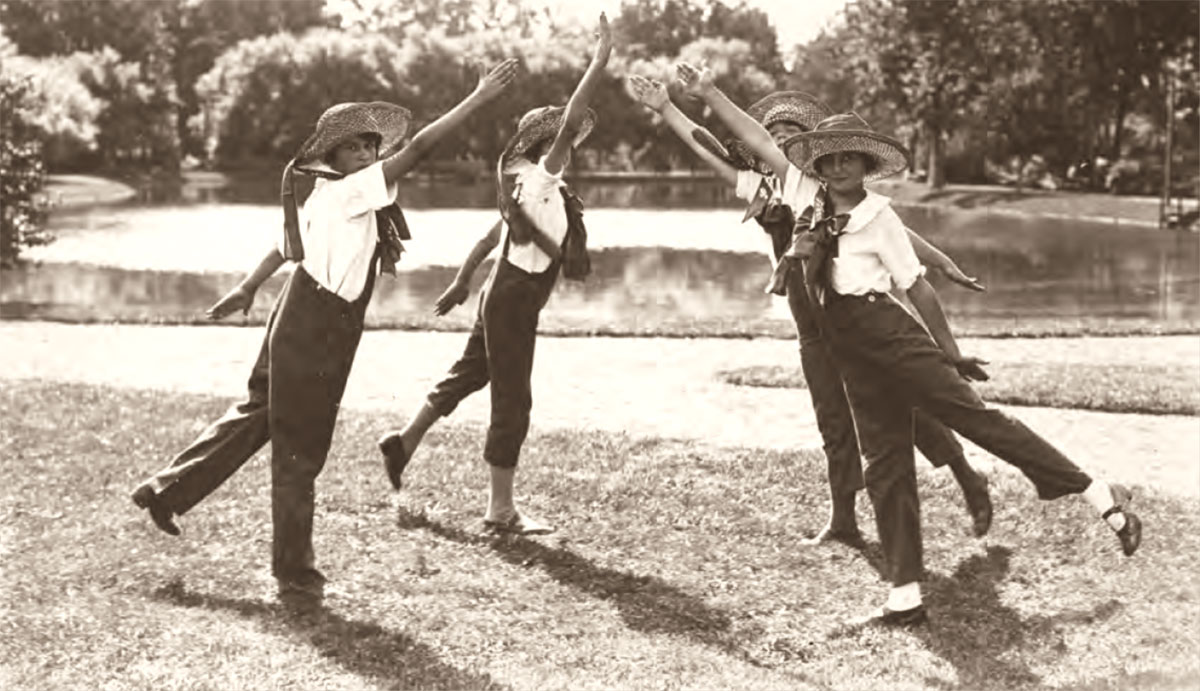 Dance drill (c. 1932). Young ladies performing a “farmers’ drill” in costume. This photo was taken in front of the pond. (Image courtesy of Newark Public Library)

An excerpt from Illustrated Highlights of a Century: Grover Cleveland Park 1913 – 2013 by Richard Cummings and Warren Marchioni.

“The New Jersey State Legislature during its session of 1909 passed an Act authorizing an issue of park bonds to the amount of $150,000. $100,000 of this amount was secured through the efforts of the citizens of Caldwell who were desirous of having a park.

The Board of Directors of the Park Commission of Essex County questioned whether this locality needed a park, as it was a suburban area with open green spaces, unlike the crowded urban areas, such as Newark, which needed land for parks. However, it was determined that lands to the west of the Second Mountain were developing so rapidly that if postponed, the land might not be available—or other land would be difficult to locate—and would be more expensive.

The park is named in honor of Grover Cleveland, the 22nd and 24th President of the U.S. who was born in Caldwell.

Landscape designer firm of the Olmsted Brothers were commissioned to develop a park. It was designed to make a large portion of the area usable for recreation purposes. The architect Percival Gallagher visited the site in December 1912 and wrote:

“…general conditions for drainage are good, the soil for the most part is gravelly, and the lay of the land with reference to the sun is particularly advantageous. It is a rare piece of ground for park purposes and possesses sufficient area that can be reasonably converted into playgrounds to meet the demands for a great many years.”

The setting is that of a formal design with lawns, well-spaced large trees, three acres of waterways, including Pine Brook Creek, which runs through the park feeding a small pond at the lower end. A small footbridge at the far end of the pond marks the location of a former sawmill, which at one time was used for grinding tanbark to make paper.

The original park designs included tennis courts, baseball fields, playground facilities, sand court, wading pool and a shelter house to service these facilities and walks through a hemlock grove (near Runnymede Road) which was said to be the finest group of these stately trees in Essex County.

Grover Cleveland Park was under construction during the time of the ‘European war’, later referred to as the ‘world war’ (World War I). It is probably fair to say that the slowness of the construction in the park was impacted by the war, but more so by the lack of adequate funding which was (and still is) an ongoing problem for the Park Commission. The park was an example of a park located by legislative enactment where appropriation was entirely insufficient to carry out the plans entirely. However, the land was so beautiful naturally that, in the case of Grover Cleveland Park, it could be enjoyed even in its incomplete state.

To carry out its policy of aiding in every possible way the conduct of the war, instead of seeding the lawns, the Park Commission decided to turn them into more practical use. Corn was planted in Grover Cleveland Park in 1916. It was used for feed for animals, deer, and sheep, that were kept at some of the other county parks.

A children’s shelter and a comfort station were proposed in 1927 and the Children’s House was completed in 1928. The architect was Arthur Dillon.