In 2016, the Grover Cleveland Park Conservancy mounted an ambitious program to remove invasive species of plants, bushes from the park and replace them with native plants that would not be attractive to deer. Many of the community and corporate volunteer projects have been completed to date, but the Conservancy continues to be vigilant in the fight against invasive species.

Additionally, we have pursued an eradication plan for removing invasive species of plants from several areas of the park and replanted them with native New Jersey species. In Grover Cleveland Park, as in all the parks of the Essex County Park System, we only use mechanical methods to remove invasive plant species by pulling, digging, cutting, and mowing.

Thanks to Claudia Kolster and Warren Marchioni for identifying the invasive species and assisting in the removal of them from some areas of the park. 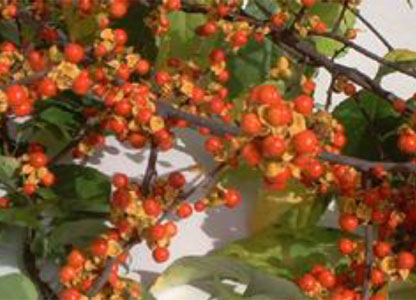 This is a deciduous woody perennial climbing that can grow to 60 feet. It is a prolific spreader by seeds and roots suckering. Remove the entire plant including the entire root system to eradicate it. 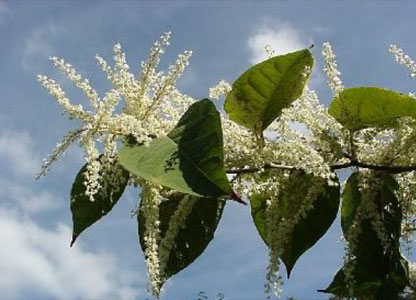 Originally introduced as an ornamental for erosion control. It has as upright, shrug-like with a semi-woody stem. It can grow to over 10 feet. Remove the entire plant including the entire root system to eradicate it. 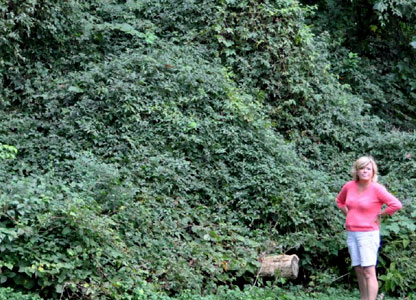 Spreads by seeds eaten by birds. It is a vigorous climbing plant that destroys the trees upon which it climbs. This image is just across the Bowers Bridge on the right side. All this porcelainberry was removed by volunteers from Investors Bank and replanted with native New Jersey plants. 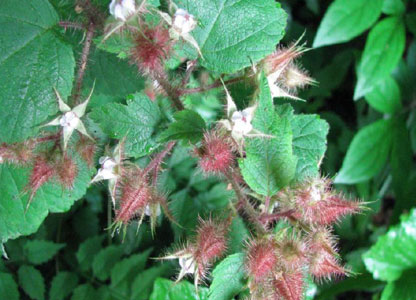 Spiny shrub which forms dense thickets. Spreads by seeds and from canes that touch the ground. Must be eradicated mechanically. 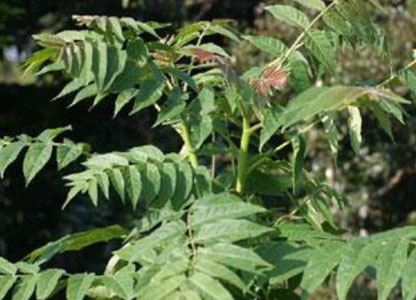 Fast-growing tree with seeds dispersed by wind and root suckering. It can grow to 80 feet tall. 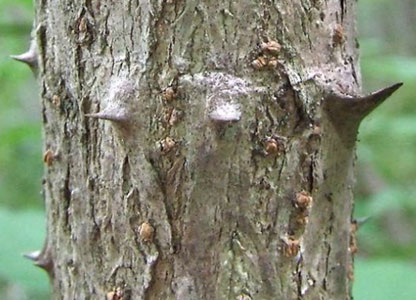 Course, thick stems with prickles. Bark has sharp thorns. Suckers spread from the base of the tree. It has small purple/black berries in the late fall.

Invasive Species Found in The Pond

From a report prepared by Warren Marchioni

Two aquatic autotrophs (one flowering plant and one alga) have caused aesthetic and ecological problems for the pond in Grover Cleveland Park. Both autotrophs disturb the natural ecosystem of the relatively shallow pond (averaging about 4-5 feet in depth) during the warm months when they grow and reproduce the most rapidly.

Phosphates from the decaying curly-leaf pondweed — which is the plant that you see in the pond in early Summer — provide ample fertilizer while the strong rays from the sun and high temperatures of July caused an algal bloom. As the summer wanes, so does the water net algae.

The main thing that prevents a fish kill during the summer is the presence of aerators: the four bubblers and the fountain. Treatment, according to most experts, involves the use of copper sulfate applied over several days which usually results in complete eradication. This chemical has been used for years as an effective algaecide. The caution is that there is a thin line between the proper dosage and an overdosage which would kill the fish. Experts are required to apply the correct amount of copper sulfate. 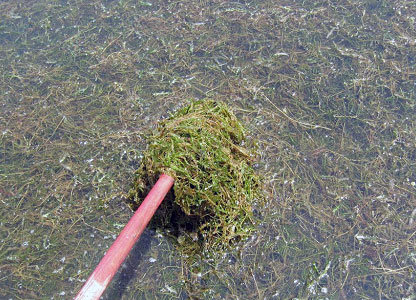 A submerged, perennial aquatic flowering plant, the reddish-green, alternate leaves are wavy, with finely toothed margins. Leaves grow to be 2-3 inches long and 1.5 inches wide. The stems are smooth and somewhat flattened. Originating in Eurasia, it was introduced by the aquarium trade to sell as a decorative plant in home aquariums. 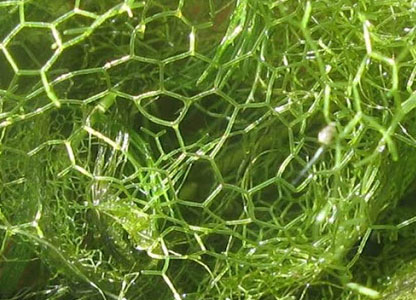 A remarkable, fast-growing, invasive alga, incredible in its structure — the cells are connected at their end walls to two other cells, forming polygonal shapes, either five-sided or six-sided.